Books on Destiny: Were you destined to read them? 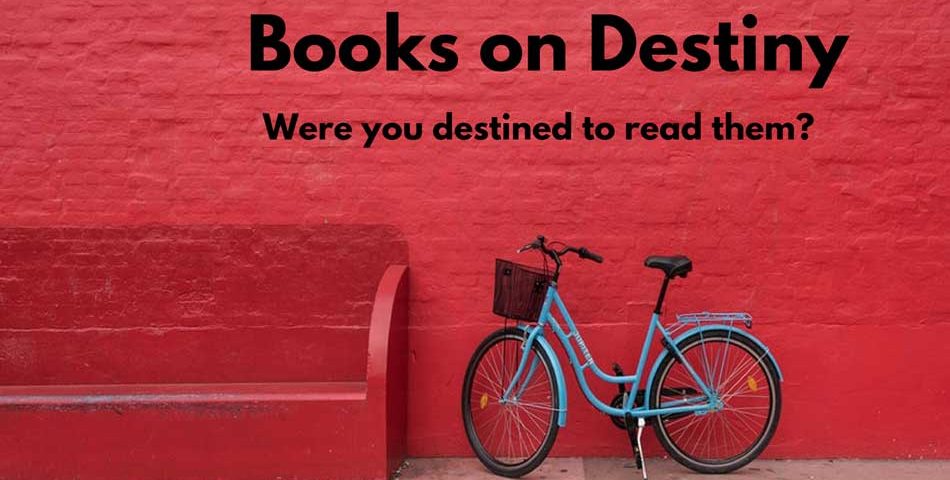 Most of us believe in destiny in one way or another, even though it seems quite unscientific to acknowledge the fact publicly. There are gradations in this view on what one’s destiny is. On one side, there are those who believe that everything is predestined and decided in advance, and we just discover as we go along. At the other extreme are those who do not believe that anything is preordained; rather, everything happens by chance. A lot depends upon our free will, and different outcomes can result depending on our actions, as this is a blank canvas which no one can predict. There are many of us who are in the middle, believing in fate or destiny regarding some important things, but believing that much of the other daily mundane stuff is merely random. Let’s quickly review each of these positions a bit more closely, and some startling insights will appear.

On those who believe there is no destiny or fate:

They believe everything that is going on around us and with us, is happening without any purpose, and all this is just the occurrence of random movements of atoms and molecules. In such a chance world, it is each individual creature to him or herself, fighting it out and surviving in a fundamentally purposeless, random universe. There is no question of destiny or fate here.

But then, is there any individual free will in this Universe? Those who are well entrenched in this view (of there being no destiny or fate) and especially those who come from a scientific background, also realize that all matter and the forces acting on it which move a system from one moment to another come from past, cannot be changed. Hence, they automatically acknowledge that the future is also something which cannot be changed. To be clear, “forces” mentioned here mean both physical and mental, as our thoughts and emotions are also forces in a way. Put more simply, if all the matter and its forces coming from the past (and hence fixed and well determined) act on the current moment and push us to the next moment, where is the choice to change anything? Unless there is something in the moment, which can act independent of the past, capable of changing the predetermined path. Since this group of people doesn’t believe in anything more than physical matter and all the forces in it, there cannot be anything else which can pop up in the moment and change anything, whether randomly or with a purpose.  Thus, adherents of this view believe in a predetermined universe.

In short, they are determinists, i.e., people who believe that all things are predetermined, though of course given the many number of particles and forces at a point of time and the complexity of the calculations, it is impossible to calculate the future. But if we had huge, super computers which could do so, we would be able to predict the future perfectly. As per this view, everything is predetermined but difficult to calculate. Now, you may notice this view of no destiny or fate has turned on its head—and agrees on a predetermined future, which starts sounding suspiciously like destiny or fate!

On those who believe there is some destiny or fate and some random chance:

Further developments in science, especially in the area of quantum physics, have thrown up many loopholes in the previous theory of matter and forces, and the overall deterministic approach. Now we know that matter on a very small or quantum scale is highly flexible, existing in many places at the same time, disappearing from one place and appearing in another, without ever being anywhere in the middle! It can freeze from a multipoint existence to one point on observation, as if of its own free will!

In this probabilistic world, the potential for change is immense. The basic raw material of the Universe is very flexible and malleable, but it maintains a lot of consistency, fixedness and stability at the gross level of our senses. We see a lot of stability in normal life and some small changes from time to time, which then become bigger and bigger, sometimes completely changing long-set patterns over a period of time. Most cell mutations seem to be triggered without any reason (at least ostensibly) at the quantum level, but can develop into new beneficial survival tools for the organism or could be detrimental to it, like cancer.

Think of your own life. Some small, innocuous, unexpected event—perhaps a surprise encounter with someone—can sometimes change our life in a big way. Later we say, we were fated to meet so-and-so; it was just waiting to happen. A large part of our lives we repeat our self in line with our long-entrenched conditioning in a predetermined fashion, without conscious attention. But then, by a few quirks of fate, we wind up in new situations where we respond differently (possibly given the probabilistic choice allowed by the fundamental quantum world) and something new comes about.

Now, the big question is: did this diversion from the standard path happen by chance or was it fated and purposeful? While there is no clear answer to this, any such big incident which changes our life and brings in something new; it always feels to us that there was some purpose to it—as though some larger forces are playing through all of us. Sometimes, a series of synchronous changes happen and it is difficult to believe them to be purely coincidental. We experience this, but cannot explain these occurrences, so we tend to ignore this synchronicity and just move on.

So, even the believers of this second view embrace the idea of destiny or fate in the back of their minds. That the day-to-day, mundane, conditioned part is already predetermined, and these sudden coincidental but consequential changes also seem to point to a fate or destiny which we may not be fully aware of.

Lastly, there are those who believe in destiny and fate driving all their actions:

These people believe that the Universe is alive and living in some fashion, and it has purpose that it expresses itself through us as well as all other living and nonliving things. It is the free will of the Universe which acts through our being. It establishes all this conditioning within us which helps us survive on this planet, and then it also introduces the new, sudden changes at a pace we can manage. Through this process it brings in the next level of evolution within us and other living creatures. The probabilistic quantum world, which is the base for everything in this world, provides this flexibility for change and Universal consciousness has the power to generate these changes at its own free will.

This Universal consciousness also provides the stability which we experience. For example, our car does not change into a horse as we drive to the office, but at the same time, it tinkers at the very base quantum level and brings about change which, though small in the beginning, can have a major impact over time. Any cell mutation, or a new insight that appears in our mind connecting many dots, or even an unexpected meeting with a stranger on the road which sparks a change in our normal, standard, conditioned approach is not something that happens by chance. It is an conscious, purposeful intervention of this universal consciousness to evolve the whole structure to the next level. Extended periods of constancy and some changes which establish new patterns, both are the gift of this universal consciousness which is omnipresent and omnipotent (sounds more like God, doesn’t it!). In this world, we are not passive bystanders, but active players who must participate in this play as set by the creator. In summary, those who believe in this line of thought also believe in destiny and fate.

Just to be clear, this does not mean that these people sit on their hands, waiting for their destiny to take shape. They realize they are active players in this process and they trust the Universe (religious people will say that they have full faith and believe in the supreme will of God) and will act as this universal force will guide them. They have deep faith in the purposefulness of this Universe and hence in the purpose of their own existence, which they then go on to execute as the will of God. They go along, not caring too much about their own gains and losses, but doing whatever comes their way and which seems to benefit the larger good. Since they know that whatever is happening is the will of the creator, they do not resist or oppose the current reality, but look at it with full acceptance as, indeed, the will of God.

So finally, it does not matter which of the above three viewpoints got you here, but in all cases it seems clear that if you did pick up a book about destiny, you did not do it by chance! Maybe that book or the page you opened randomly in it may have a very important input waiting for you to evolve you to your next level. You just have to accept it and be open to it. Further, it is not by chance you read this article today; there is a unique, individual message for you in what you just read! 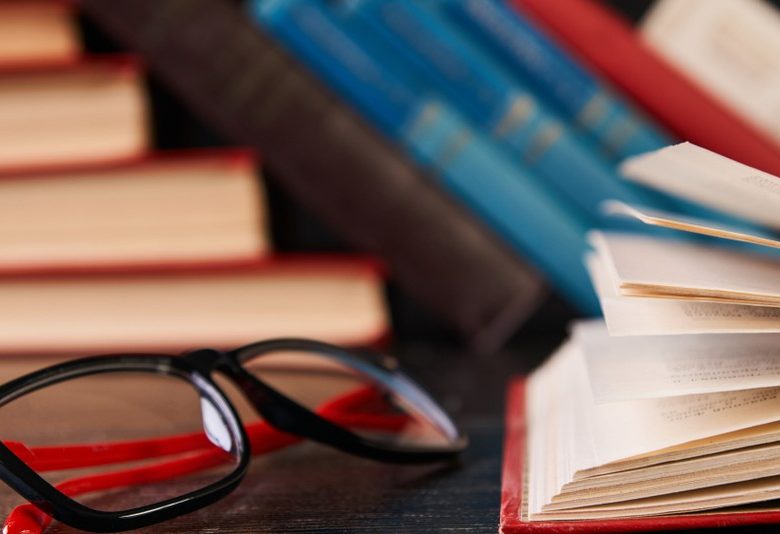 Books about Destiny? Destiny may not be what you think 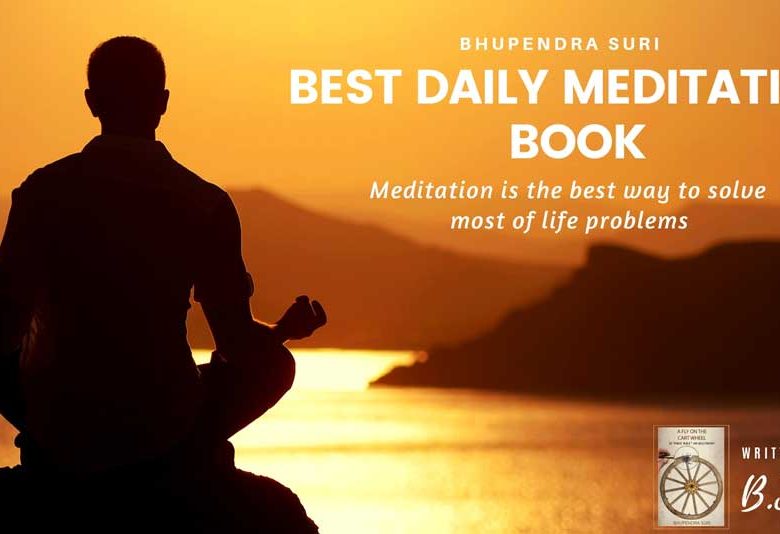 A Best Daily Meditation Book: Now, Why do I Need that??